To Sir with Love and an Untold Story… 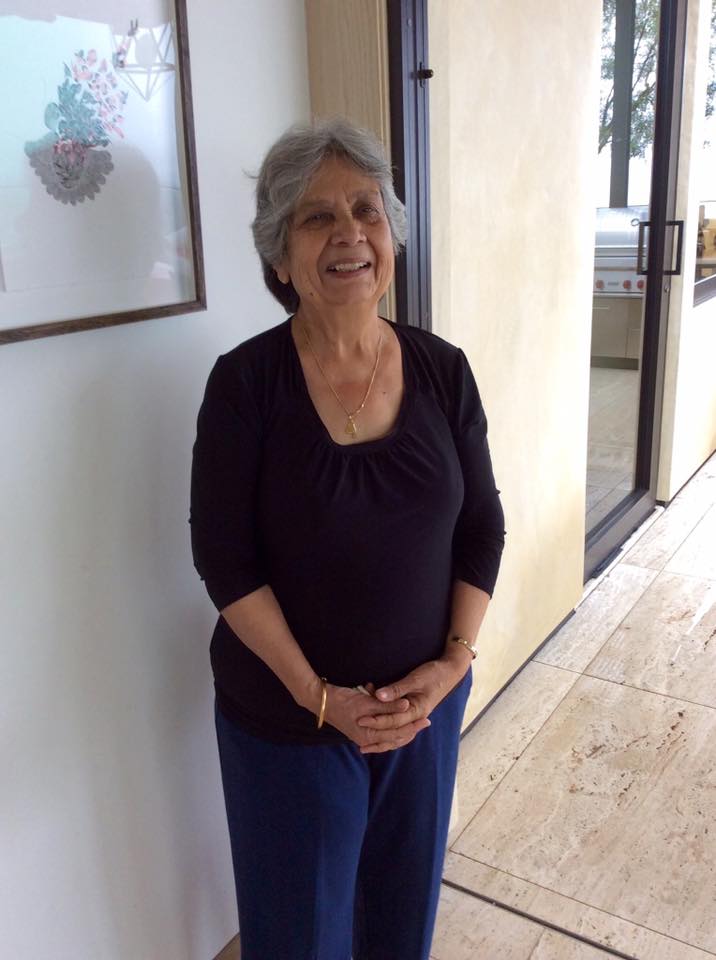 After several decades of my existence I quite suddenly reconnected with Ms Alicia Mayer, thanks to the power of Social Media. I still  remember Alicia Ma’am so vividly. I was a young teenager then and was always silently enamored by her eloquent and graceful personality.

But this is not about Alicia Ma’am at all. And yet this narrative would never have unfolded if I had not reconnected with her once again in this amazing circle called life!

This story begins somewhere in the 1970’s when I was still schooling and was unceremoniously pulled out of an Alma Mater, the first of its kind built by the British Empire based in West Bengal and admitted into a different one based in New Delhi just because my parents were professionally transferred.

On one hand this may not seem anything unusual. That was an era where job transfers were quite common considering the fact that the then population of the country was nothing compared to what it is today and hence, a constant dearth of good, loyal professionals to work in a significantly expanding industrial scenario existed.

On the other hand, regular transfers led to enormous dishevelling of the psyche of children who were forced to continuously move out of their secure social environments and face the challenges of new adjustments flavoured with untold rejections. And that is what happened to me.

So here I was in a new city, a new social environment, a new culture of people, a new set of adjustment challenges and a new school. Being brought up in a very ‘British’ oriented environment and being thrown into a rugged North Indian ‘Samurai-ish’ one did very little to encourage building of a bridge between two extreme banks. 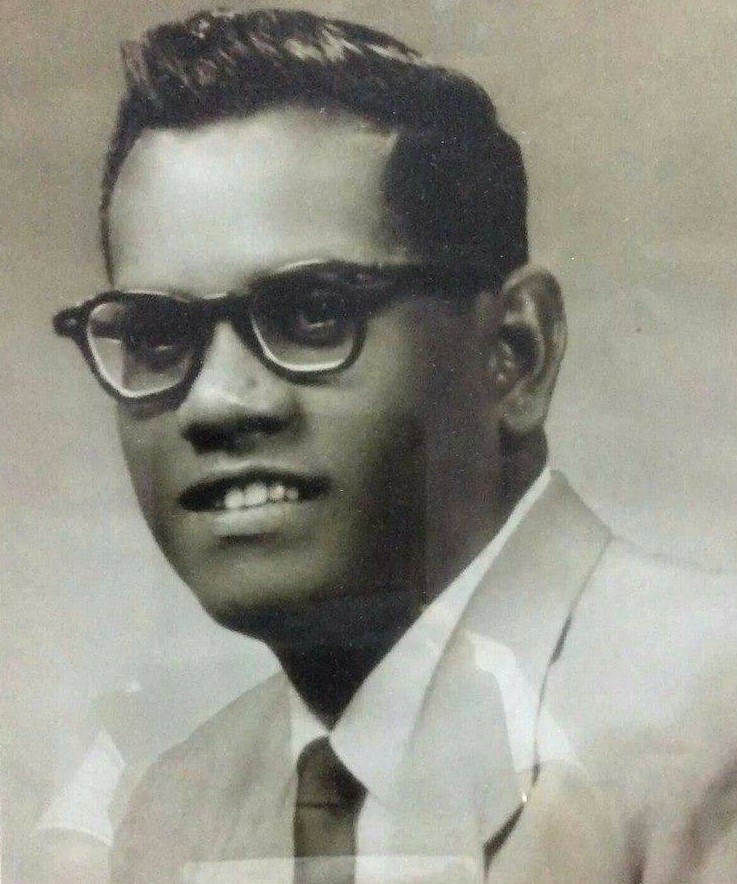 Juxtapositioned between two worlds: one that I had grown up in and the other that I refused to accept, turned a young intelligent and well talented young boy, born to a deeply religious Indian father and a Bible-thumping Anglo-Indian mother, into a hostile arrogant rebellious fiend. And the journey thereafter in my Alma Mater (since this narrative is to do much with it and in it) was a continuous crossing of swords between me, my teachers and most of all my Principal, Mr George W Mayer!

For both of us, Mr Mayer and me, heavy were the heads that wore our kind of crowns. While I refused to get disciplined he refused to ever give up! And so ensued a relationship that had very little ‘smiling over a good deed’ moments and more of a series of either standing in punishment under the round wall clock placed outside his office or a series of swift strokes from his yellow cane on my behind. The choice of reprimand was based of course, purely on the reason for chastisement! And Yes, most often than not, the length of the ‘sentence’ was always longest when His Lordship would receive my report card benevolently sent over by several of my Class Teachers.

And soon the years, after ploughing on the way each year did between Mr Mayer and me, began to come to an end as the time had come to metamorphose from schooling to graduation (and fiendishly ‘buggering’ up another Principal for the next 3 years).

A few weeks after the Prom (where I aced the dancing competition) I was summoned by Mr Mayer to meet with him in his office. It was the last day of school and I guess it was time for the two foes to bid each other adieu. While I walked confidently with a fairly good report card tucked into my pant pockets, alas a few feet away from his office door, the confidence rapidly ebbed and the regular tongue-tied, shivering jellybean walked into his office with one hand protectively covering his behind.

As I walked up to his enormous brown desk, my eyes glued to the tips of my shoes, Goliath spoke, to my utter surprise, in the softest of tones I had ever heard from him, “Please sit down, Son.”

For very obvious reasons, I almost tripped over the chair in front of me. This was a tone and manner I was absolutely not accustomed to at all. Not where he was concerned! However, I sat down all the same, more out of fear than discipline and managed to pucker up some courage to briefly look at him. And believe me, that was the broadest smile I had ever seen on Mr Mayer’s face!!

“The reason why I wanted to see you Son, is because there is something that I wanted to tell you and I feel I must since after today, we may never meet again” he said.

I nervously fiddled with the tip of my tie while managing to look up to him as he spoke, “You have always been the most difficult of the students I have had for a very long time. And yet, there is something about you that I always silently appreciated. You have an uncanny determination when you really want to take on certain assignments whether they are in debates, drama, music, elocution, sports or even certain subjects concerning your studies. But somewhere down the line, your rebelliousness mars it all and everything finally terminates in disaster.”

I sat silently hearing him speak for a while, and for some odd ball reason began to appreciate everything he said. Finally he said, “In life, Son, it is good to be a rebel but certainly not a rebel without a cause.”

He then stood up and warmly held me by my shoulders as I simultaneously stood up too.

“The day you stop being a rebel without a cause, and begin to live a life being one with a cause without hurting anyone around you, you will become a very successful man. And I know I am right because somewhere inside me I believe that you are made for bigger things in life!”

And with a gentle pat on my back he bade me goodbye.

I walked out of his office suddenly armed with an orbit changing set of advices and a wonderful feeling of being told that I was meant for bigger things in life (after all, how many people in your life have ever told you that?!).  I subsequently passed through the gates of my Alma Mater and into a world that eventually proved a large battlefield, where only the fittest could survive, in search of my Ultimate Possibility.

And survive I did. Right through my graduation, post-graduation and the meandering paths of a Corporate existence, remembering year after year what my Goliath had once told me till one fine day I found myself seated in a luxuriously appointed room as the Chief Executive Officer of one of the world’s largest global institution and research organization.

So Alicia Ma’am, whenever you do speak to my Goliath through your prayers, do tell him about this untold story and I would be happy if you could please share my latest Report Card with him:

I never ever forgot you or all that you ever advised me the last time we met. Sad, I never really ever imagined that that would be truly the last time we would ever meet. However, here’s my Report Card proudly being presented just for you:

Today I am an ex-CEO, a Leadership Coach, Motivational Speaker, Business Consultant, Mentor for Women Entrepreneurs and SMEs, Author, Artist and a Life Counselor.

As a Life Counselor, I am happy to inform you that I am always passionately in search of young rebels without a cause. Because it gives me immense pleasure to sit them down and to speak to them the way you once did. And then, once they have realized what I have had to say, like I did so many years ago sitting in front of you, I pat them on the back and encourage them to, “Just go ahead, do what your passion desires of you to do and change the way the world exists today for a better tomorrow…because only YOU can do it!”

And yes, while I still have to find my Ultimate Possibility (probably will find it just before someone buries me 6’ underground to fertilize the daisies above), I still believe in my old Alma Mater’s philosophy  that ‘Courage is Destiny’!

Thank you so much, Sir!

With all my love and affection,

Author of: The Sledgehammer’s Edge Series