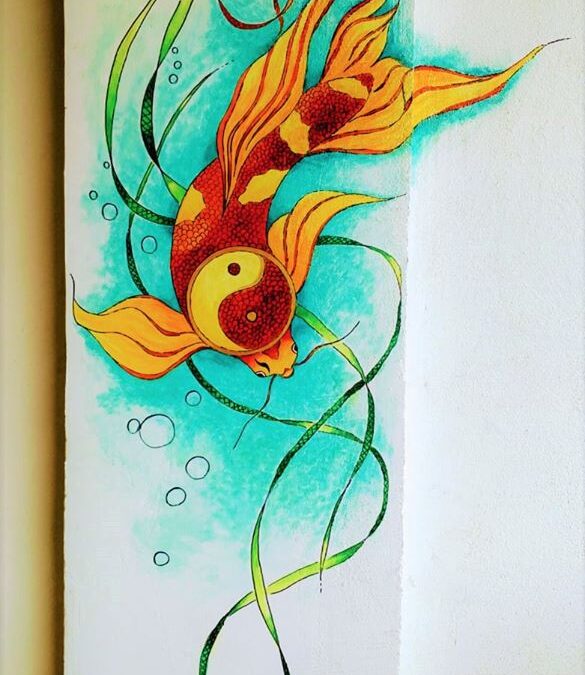 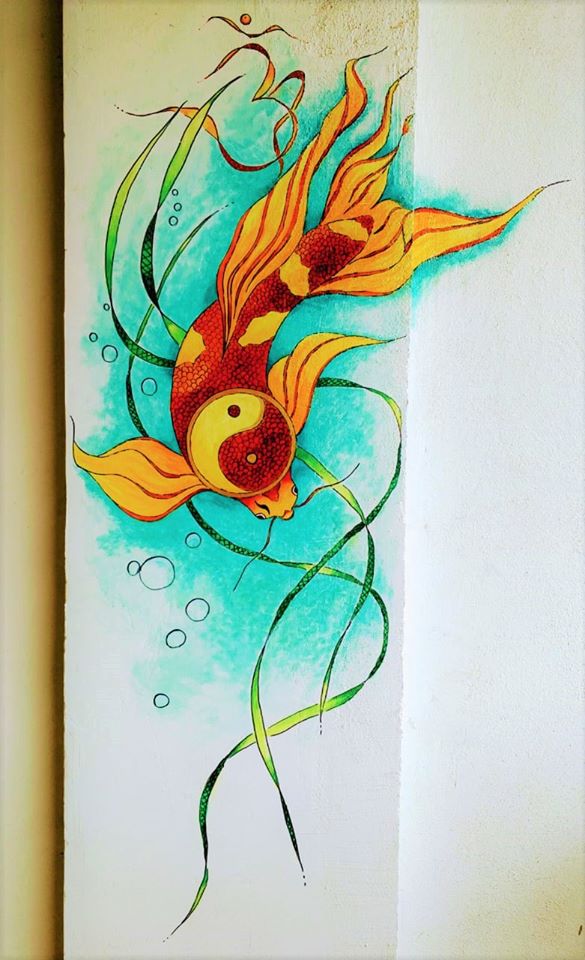 The enigma of life is a ceaseless transitory of the combined forces of reality and the metaphysical. And while we wander through our lives living each moment in the best manner deemed by us, we cannot divorce off our existence from the three most important dimensions of our lives: the Mind, Body and Soul.

A Kaleidoscope of several positive characteristics. Beautiful creatures known for being courageous and to fearlessly face challenges in turbulent waters. Their determined nature embodies both creative self-expression and a fighting spirit enabling them to stand out from the crowd. The Koi fish inspires one to remain focused and to succeed with grace and style.

The Yin and Yang:

Yin and Yang is perhaps the most known and documented concept used within Taoism. The symbol is a philosophy of chaos and harmony.  The cyclical form of the Yin-Yang symbol reflects the ever-changing complimentary movement of the two sides. They are two sides to a coin, birth and death, night and day, friends and enemies, light and dark, fire and water, positive and negative…where both aspects are necessary and an equilibrium is sought. Essentially, Yin-Yang conveys the complicated dualities of life and the paramount need for balance and moderation.

Graceful and beautiful. Yet can entangle, suffocate and destroy life especially those that meander through them. They exist in abundance constantly encasing in an attempt to mentally and physically imprison individuals with their toxicity.

The Water Bubbles are a combination of relaxation, peace and constant progress unhindered by the weeds it passes through. While it emanates from the bed of the sea, it can only move upwards to the surface. In our lives, no matter what the challenges, self-progress will remain a constant upward movement if one exists influenced exclusively by one’s Inner Being and not perturbed by the chaos in our external environment. In addition, the water bubbles’ journey from the seabed to the surface also signifies a journey from birth to death eventually leaving behind our physical existence and conjoining with the Universe just as the air inside the bubble does on reaching the surface of the sea. Thus symbolically bubbles denote many things: life, creation, the body, soul, illusion, form, impermanence, freedom, vulnerability, subtle world, and a dream.

The Aatmashin is an expression that was created by me to relate to the various facets of our lives that readily exist deep within our Inner Being and in our External that eventually form a collective inclusivity for a blissful and harmonious actuality.