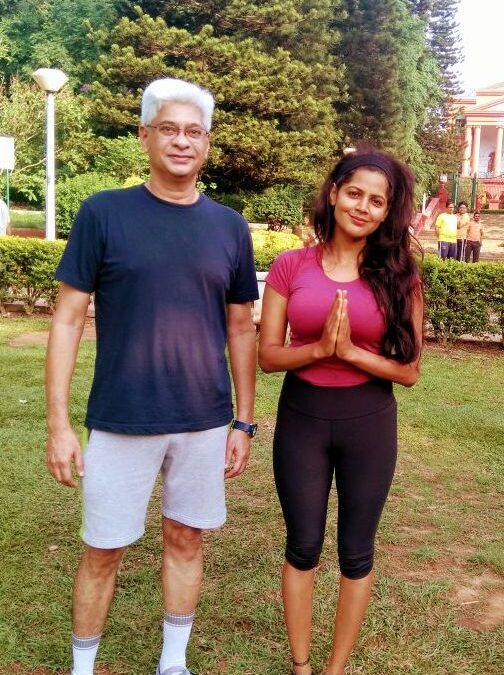 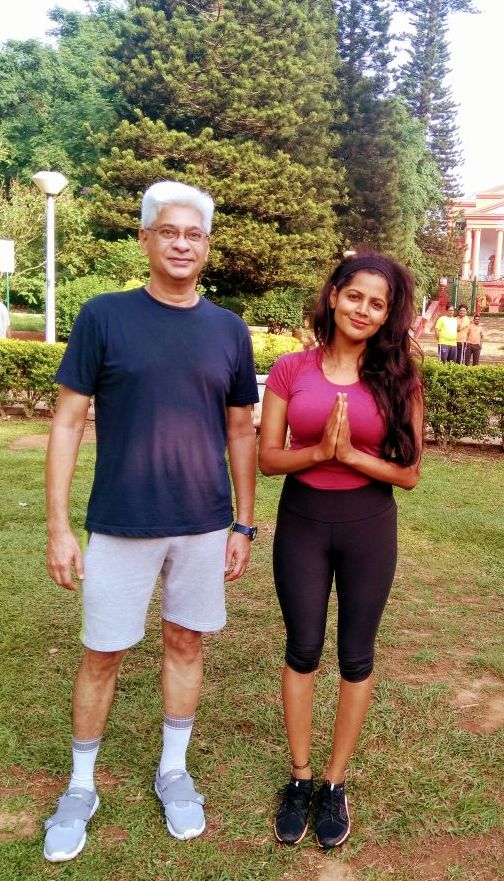 During my consistent jaunts at the Cubbon Park early Sunday mornings, I often observed a young girl teaching Yoga to a fairly large group of people. She has been doing this for the last 2 1/2 years and I really didn’t ever closely watch her as I regularly jogged passed the green stretch she occupied behind the Bandstand.

But last Sunday, I just happened to stop by and observe her more closely and something fascinated me to a large extent. As I watched her expertly exercising along with the people participating in her free session, I couldn’t help cherish the intensity of her love and passion for what she was doing, clearly etched on her face! Very rarely does one happen to observe such dedication and commitment bonded with so much affection. I stood for quite a while observing her till she finished the class and then decided to have a chat with her, to know more about her and what encourages her to do what she was doing.

Preeti hails from Chandigarh and is in her mid-twenties. Her love for Yoga and more importantly Pranayama, was due to an emotional and physical debacle she had faced several years ago. It was through Pranayama and Yoga that she was able to heal herself entirely and it was then that she decided she would, most passionately, heal as many people she could meet who would have had similar pasts, or otherwise.

As we got chatting, I realized with much adoration that Preeti and I held similar views regarding our purpose on Earth and the Powers of the Universe as expressed in my first book: The Sledgehammer’s Edge. She firmly believes, just like everyone else, she was born with a certain purpose decided by the Universe and she realized this soon after she overcame her personal debacle.

She strongly believes in the Power of Love – to Love selflessly and without prejudice! And, through this love, to heal those that needed to be healed. Needless to say, many people have overcome some of their most tasking health conditions just by being with her and attending her classes. In fact, I happened to meet a few of them in the group that morning.

Preeti strongly believes not only in the power of Yoga but more importantly in the power of Pranayama or the manner in which we breathe. She firmly expresses how important it is for everyone to practice Pranayama for at least an hour daily. While most yoga teachers generally revolve exclusively around Yoga exercises, Preeti blends her one hour class with both Pranayama and Yoga most skillfully as I had observed that morning. She considers Pranayama as the soul of Yoga and hence the two cannot be isolated from each other. She also advocates that one should combine Pranayama with Meditation regularly.

Incidentally, Preeti who is a strict Vegan, wakes up at 2.30 am every morning and meditates till dawn. While this may seem quite a stretch for most of us, the result of what she does vividly shows in her physical form and in her exuberance for life!

It was most enjoyable chatting up with Preeti that morning and I can add a thousand more words to this blog about her! But instead, why don’t you drop by on a fresh early Sunday morning at Cubbon Park and discover this young yogic healing wonder yourself!!