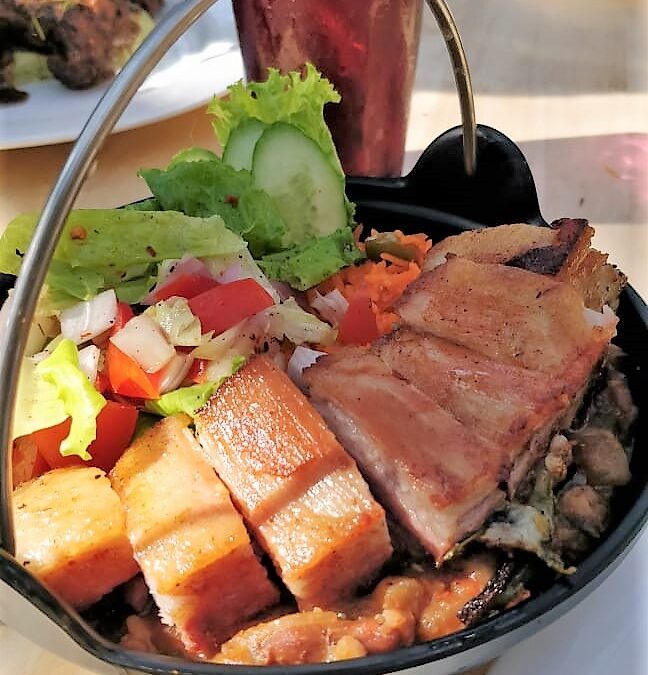 December 02nd, 2018. Our Wedding Anniversary. Had to make it another day to remember. We being a family of foodies, my youngest daughter Avantika, went on a literal internet rampage to locate a suitable restaurant to satisfy our regular gastronomic yearnings.

Finally it was decided after several choices ticked and unticked that we would spend a quiet afternoon over lunch at The Lono, a restaurant new to us and possibly worth experimenting. 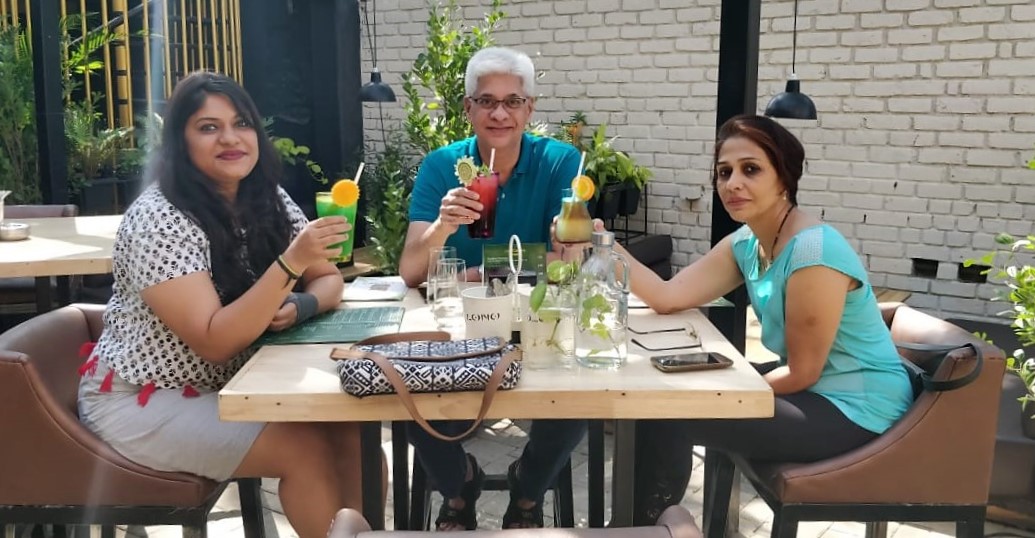 The Lono turned out to be a restaurant with wonderfully pleasing interiors. Split between a choice of eating under a roof or out in the open, we chose the latter as it was a wonderfully warm Bangalore winter afternoon and we could do with a little soaking up of the sun. Added to this was the beautiful natural green décor of the exteriors consisting of several delightfully potted plants, miniature rivulets and waterfalls interspersing wooden dining tables. It was in the midst of this superbly designed panorama that we decided to leisurely spend our anniversary.

It didn’t take very long for the service to begin and we were warmly welcomed by a smiling waiter named Sushil who not only knew every fare that was listed on the menu but also patiently helped us choose our drinks, starters and main course. 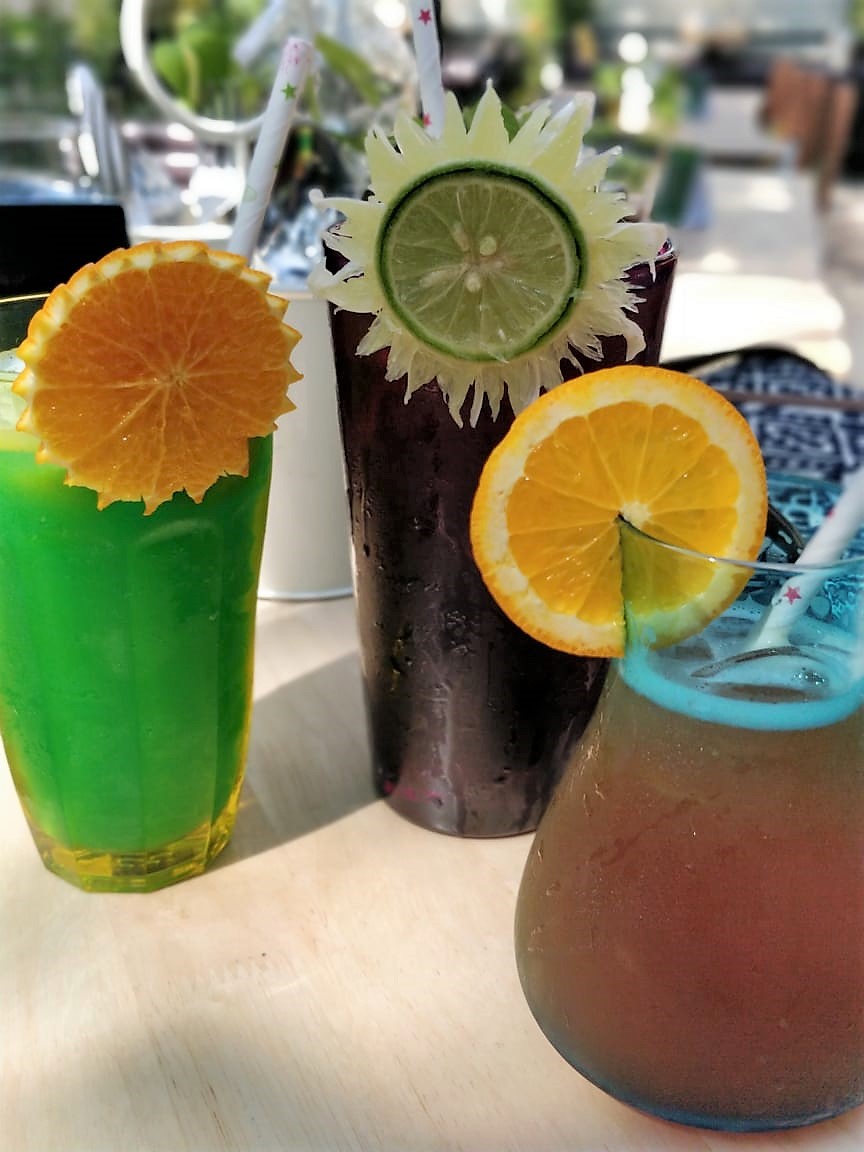 After having chosen our drinks: Long Island, Bahama Mama and a Sky Hawaiian, we settled for Twin Mushroom Cheese and Herb & Roast Potato starters which got served almost along with the drinks. The moment we sunk our teeth into the starters we simultaneously raised our eyebrows in pure delight. 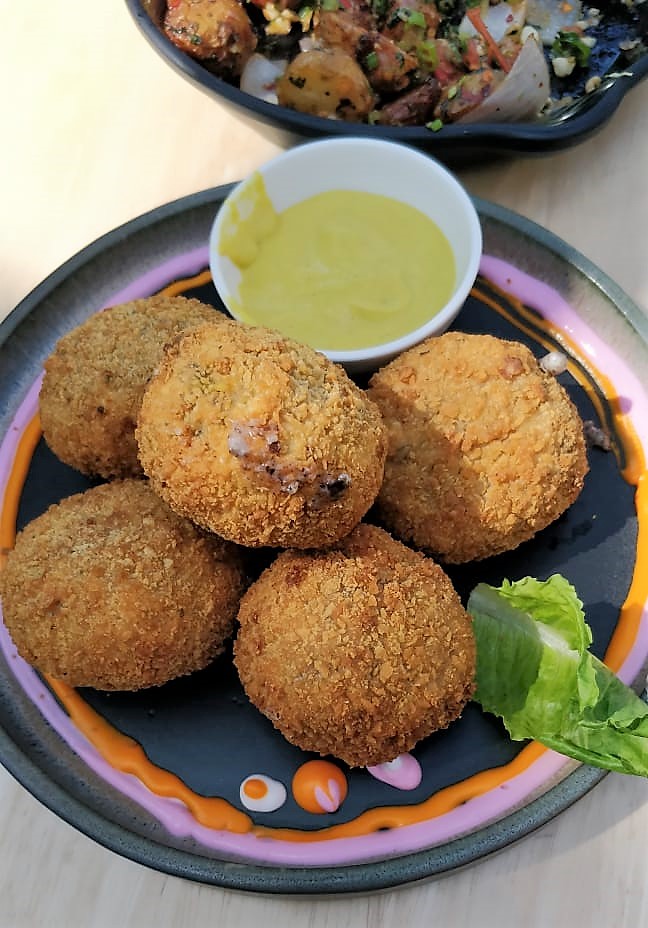 They were absolutely marvellous! The Twin Mushrooms were capsuled in a crispy, crunchy batter fry with soft cheesy interiors while the Roast Potatoes were cooked to an amazing softness and tastefully garnished. We could hardly wait for the main course which arrived a few moments after we had the last few morsels of the starters. Classic Chicken Veracruzana, Kalua Pork and a Lamb Rack. And then began an epicurean journey of mouth-watering, succulent, well flavoured, culinary extravaganza! 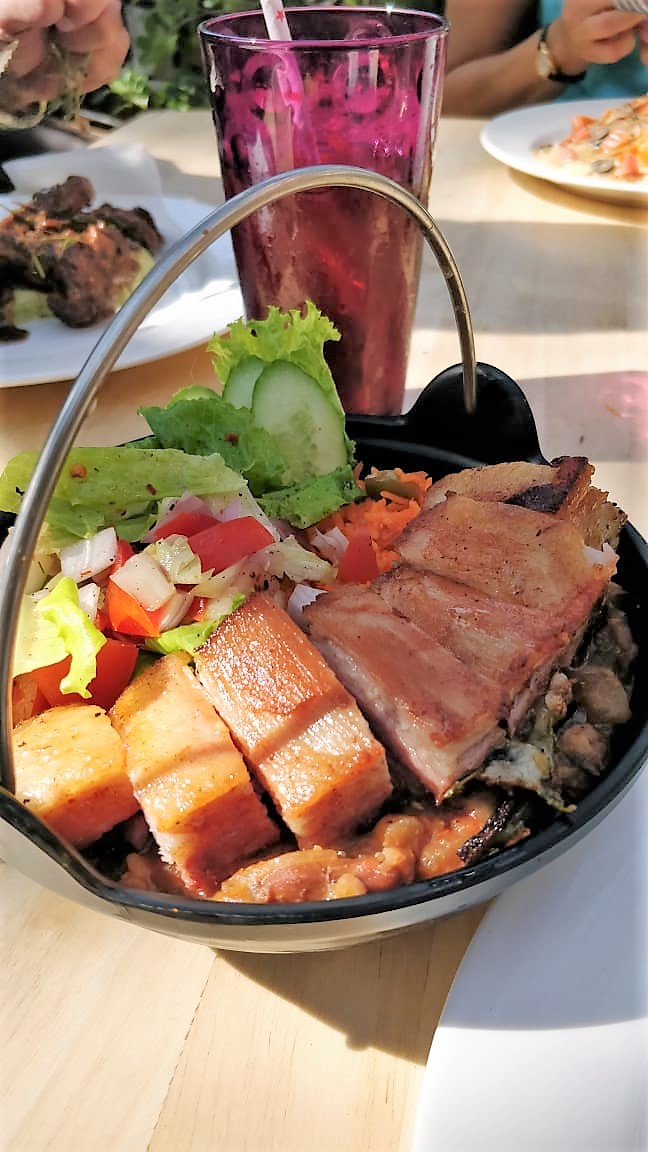 Half way through the experience we just had to meet the Chef behind this excellently crafted fare. 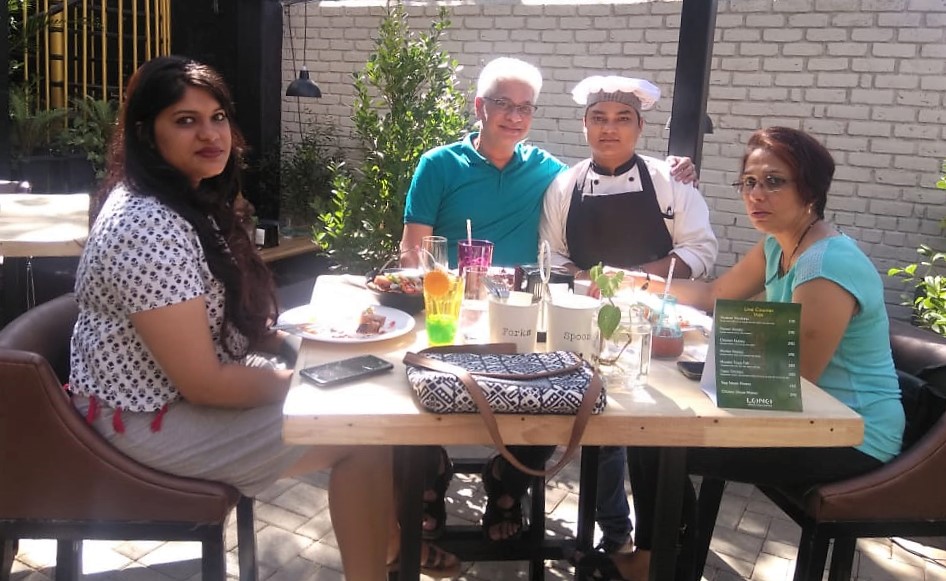 Chef Shinchuri, mid-sized, hintingly stout, sporting a charming warm smile casually strode towards us. We shook hands pleasantly while my wife and daughter complimented him on his exceptional culinary talent.  In between, irresistible mouthfuls of my lamb rack and mashed potatoes, I quizzed our Chef on almost everything we needed to know of this young wonder.

Chef Shinchuri hailed from a small village in Nepal called Jhapa. While his interests in schooling was quite limited to just about attending a series of absolutely boring classes, his desire to experiment with spices, condiments and herbs overshadowed almost anything that could be of any curiosity to a young lad. Most often he would remain in the shadows of his mother whenever she entered the kitchen to cook up a meal for her family and would secretly, mentally note every recipe she delved into. Incidentally, his father was already a Chef and a successful one at that!

His first ever opportunity came when he managed to bag an offer to become an Apprentice Commi-Chef in the Marriot Hotel at Kochi, Kerala. This was a break that only the Universe can afford to grant anyone who deeply wished for it. A couple of years later, he eventually joined his family who had migrated to Bangalore and, after a few stints here and there, settled down as a Chef with Lono.

What was indeed surprising to us was to discover that Chef Shinchuri could actually create such gastronomically appealing dishes without any formal education in the art of cooking. He believes that the best education he ever received was at the feet of his elders fired by a passion from Within to not only excel in his craft but to spread as much joy as he could through his earnestly horned talent.

Chef Shinchuri also firmly believes that to be successful in doing what one loves, it is important not only to enjoy what one does, but to do it with sincerity and truthfulness. In addition, he also believes that each human being must always be infused with the feeling of GRATITUDE. For him, this principle of life has always paid him rich dividends especially when it came to human relationships. It is because of Gratitude can one learn to be humble at all times no matter how many pinnacles of success one achieves in a lifetime.

When quizzed on his ultimate dream or goals and his ideas on what he felt Leadership was all about, he smiled and said, ”My final dreams and goals are to make everyone, who sits on my table to savour my food, forget all their stresses and tensions in life, enjoy what I cook for them and be forever happy!”

And on Leadership he believes that each one of us has the capacity and the capability to create a world filled with love, passion, devotion and understanding. If only we could just do this, every human being on earth would be able to live a life seeped in bliss and harmony with each other and everything that existed around them!

And that is Chef Sagar Shinchuri for you –  a modest human being and a fireball of culinary passion!